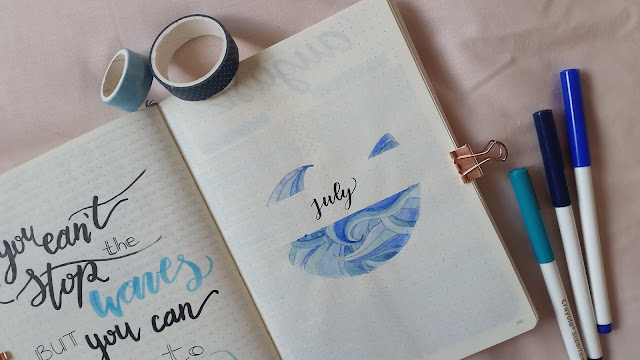 New moth, new plan in my bullet journal. It feels a bit odd that this will be the last summer plan, where did this time go? On the other side, 2019 is being not very nice to me, so the fastest it goes, the better will be. Back to the monthly planning now: this time my theme will be the waves. Not very original, I know, but to me August means holidays, seaside, beach, sunbathing, cocktails and toes in the sand, so... let's get started! 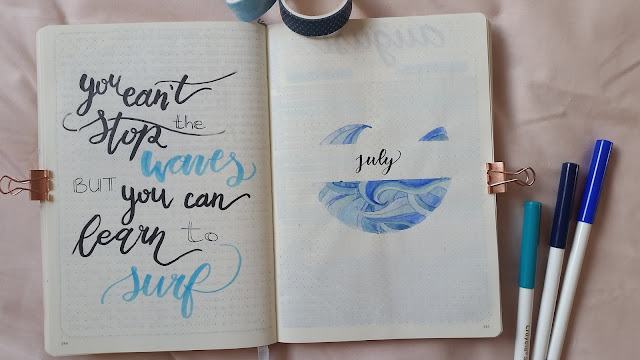 First of all, yes, I know. It's August, this is my August planning, and thus I wrote "July" there. Am I silly? Most probably. I fixed the mistake later, with some correction fluid, but still, I can't believe I only realised it days after having drawn it. It's a pretty stressful period, you can imagine that.

Now, back to the planning. I saw this pretty waves drawing on Pinterest, and I decided to adopt it for my August cover. I filled in each section of the waves in a different shade of blue to give more depth to the drawing, and as usual this month, I left the middle part empty to write down the name of the month. The motivational quote on the right is sea-related as well, and although I was thinking of drawing some more waves doodles on it, eventually I decided to keep it simple, and use my chosen shade of blue to highlight two words only.

Up to the calendar now, which is once again a simple vertical layout, and then my usual wishlist, goals and blog sections page, embellished by the same wavy theme of the cover. 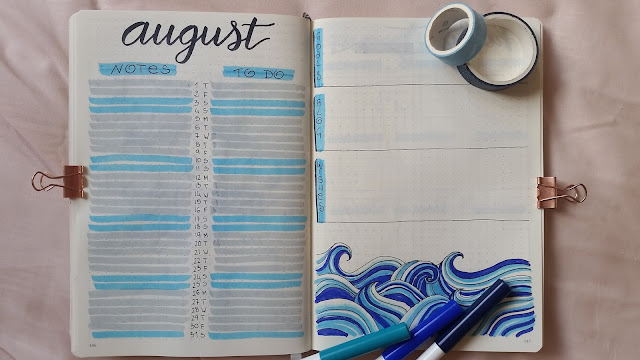 The Habits tracker is divided in single habits once again, while the Mood tracker is a massive wave, divided into sections, each representing a day of the month. The legend at the bottom of the page is made of four different shades of blue, each for my moods, so we will see how colourful the wave will be by the end of the month. 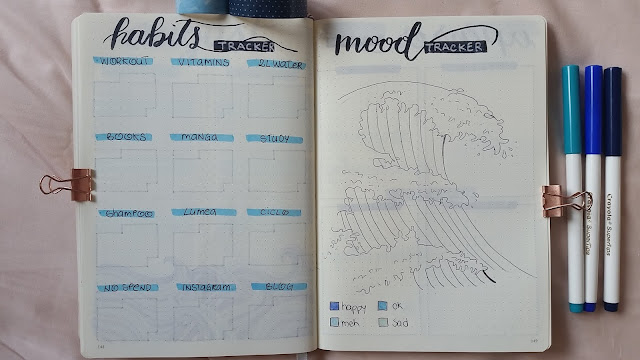 As for the Expenses tracker, we have once again the four blocks, representing the weeks of the month, and my little books, recipes and movies page, whose titles are in line with the style used up to now. 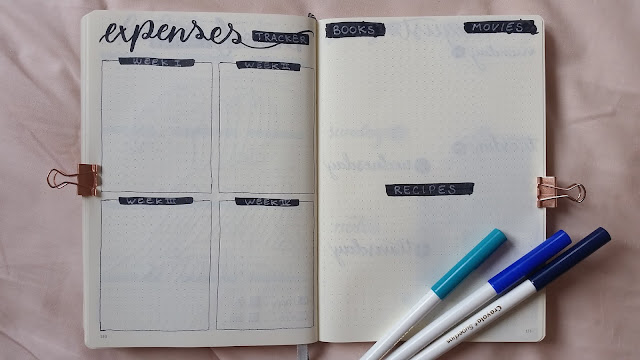 Lastly my Weekly spread, which I really like this time! It's a simple open blocks layout, but here and there I stick to the page a few pictures of blue sea with some washi tapes. Pretty and simple. 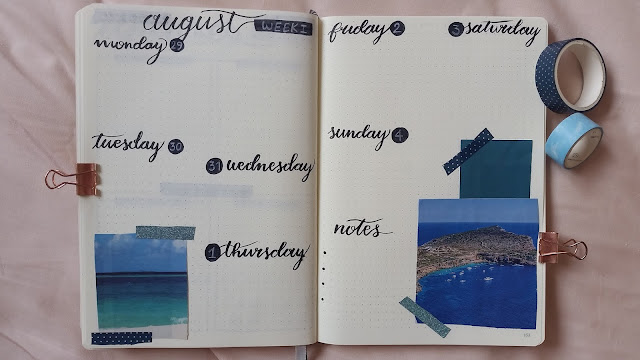 Hope this might have given you some ideas, sending you a big hug,
M. 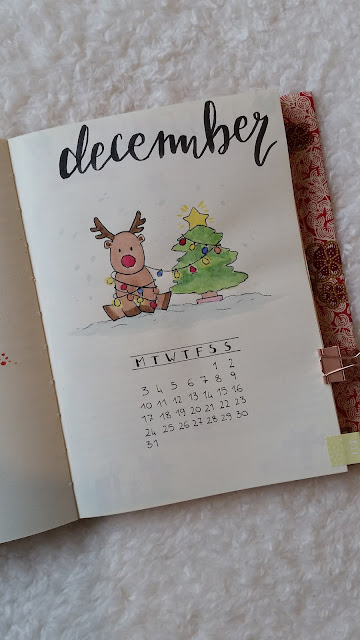 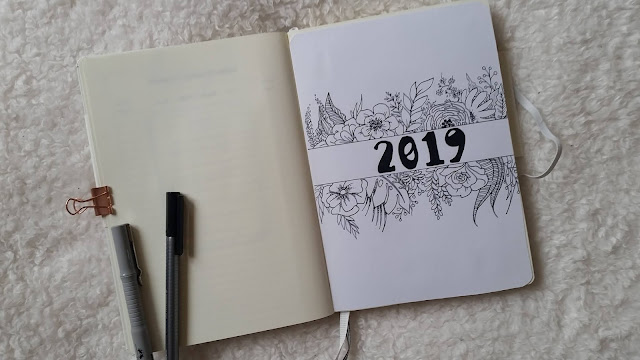